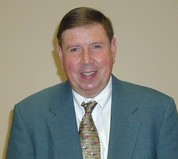 April, 1990  The Goodwill corporate offices and processing plant were relocated at the new facility located at 2702 South 3rd Street in Terre Haute, IN.  All operations were discontinued at the  122 North 5th street location.

March, 1991    A retirement program was established for Goodwill staff and employees.

Summer, 1991    Goodwill purchased 1 acre of land and a building at the rear of the Main Store location.

1993    An employee park area was established for Goodwill employees to have lunch and breaks in.  All parking areas were resurfaced and paved.  A new access road was constructed for affording a safer vehicular path for trucks, as well as patrons and employees.  An additional storage building was constructed to accommodate agency growth.

March, 1994    At its annual meeting the Goodwill Board elected not to seek funding from the local United Way, but to become an unfunded member agency.

April, 1994    Terre Haute's Plaza North store opened its doors on the city's north side in the Plaza North Shopping Center.

March, 1995    Goodwill opened a drop-off and recycling center at the Main Goodwill facility located at 2702 S. 3rd St. in Terre Haute.  The Center is open 7 days a week.  Link to Recycling Center information.

December, 1995    Brazil Goodwill was closed to prepare to move to a new location.

1996    Goodwill exceeds 2 million dollars in revenue for the first time.

Sept., 1997    Goodwill began its first Managing Work Program for Welfare-to-Work clients.  The Managing Work Program is intended to assist the person served in providing evidence of a recent work history and a work reference to prospective employers, and also to provide the client with case management assistance in dealing with and/or solving problems both inside and outside the workplace for the purpose of increasing the person's employability potential.

March, 1999    Barry Powell was elected as Goodwill's 14th Board President.

April, 1999    Goodwill received a grant from Microsoft Corporation to upgrade existing software used by the agency.

May, 1999    Goodwill received a $5,000 grant from the Clay-Owen-Vigo Solid Waste District to help defray expenses relating to the operation of their Drop-Off Recycling Center.

July, 1999  Goodwill is notified they will be awarded a contract to provide IMPACT services in Vigo County beginning October 1, 1999.

October, 1999  Goodwill begins providing IMPACT services in Vigo County. A lease was signed to move the Clinton Goodwill store to a new location by the end of the year.

November 20, 1999 Goodwill received a $5,000 grant from the Clay-Owen-Vigo Solid Waste District to help defray expenses relating to the operation of their Drop-Off Recycling Center.

November 24, 1999 Goodwill joins the world of e-commerce when they upload items to be sold on the Goodwill internet auction site. Auction address:  www.shopgoodwill.com